The way teams operate has long been a secretive affair. Only now are brands and agencies beginning to diversify teams, developing and sharing new ideas to solve problems and move forward. The basic elements for what makes a company successful today have changed considerably, and wherever you look, agencies are less disciplined than they once were.

At SHARE, we understand that new platforms can emerge at lightning speed. As a young company at the cutting edge of data-powered creativity, our competitive advantage is not our actions, but beliefs; and we believe that a passionate team of data-scientists and creatives, with a diverse set of skills and an influx of new thinking can share ideas and co-create the best work imaginable. Our open way of working ensures that we are reaching outside of a traditional structure and working together as one solid unit to drive campaigns forward. 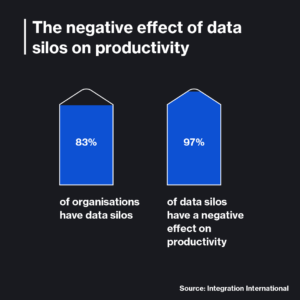 The ‘silo effect’ occurs when separate departments or teams within an organisation don’t communicate effectively with each other – and productivity suffers because of it. 83% of organisations admit to isolating data teams, curbing their access to other departments. What’s more, 97% of these ‘siloed data teams’ have a negative effect on the overall productivity of the organisation.