It’s important to note that the new Snapchat feature only works with products that are on Amazon. So, if Gen Z is the target demographic for your product and it isn’t on Amazon yet, this might be a great time to get it featured on the platform. Nudge, nudge. 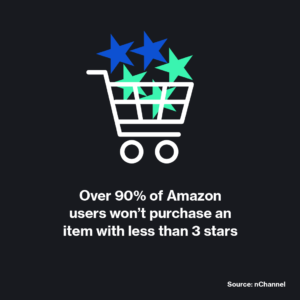 A word of warning to those who are thinking of featuring their products on Amazon, as well as those already on it; over 90% of Amazon users won’t buy a product with less than three stars. And, as one of 353 million products, it’s a busy marketplace to be noticed in. Make sure you stand out for the right reasons!