Since 2003, November has been known as Movember. The idea was born during a conversation between two mates in a bar in Australia. They designed the first Movember logo and got 30 guys to take up the challenge and raise awareness of prostate cancer. From 30 Mo Bros to 5 million Mo Bros and Mo Sistas, Movember is now a global event involving the growing of moustaches (and various other fundraising events) to raise awareness of men’s health issues.

As a data-driven company, we had a closer look at the conversation happening on social. Using our text analysis tool ParseR to create a bigram network, we generated some interesting insights. (A bigram is a pair of neighbouring words in a sentence, e.g. “neighbouring words”.) 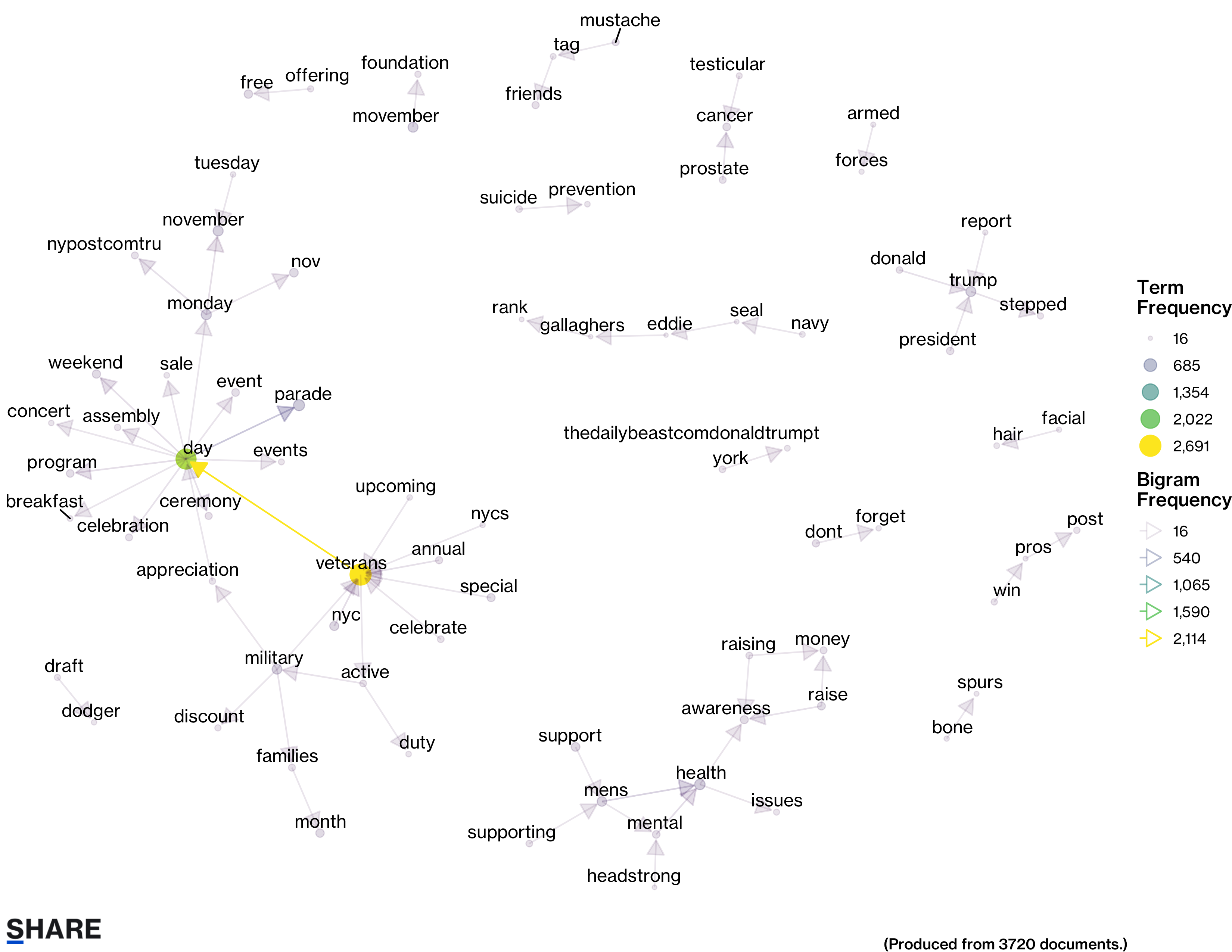 Raising Awareness is naturally the core theme of Movember conversation – there is no pressure on donation. Their original motto ‘Are you man enough to be my man?’ actually changed to a more inclusive message ‘Whatever you Grow will save a Bro.’ As an overarching topic Movember (mostly its hashtag: #movember) can be found throughout other conversation streams, such as those around prostate cancer and men’s health in general.

As you can see from the graph above, it’s not only about facial hair. Back when Movember started, the campaign was mainly focussed around the ‘tache’, men’s health and prostate cancer. Now, we see ‘mental health’ specifically emerge as its own conversation stream through mentions of ‘headstrong’, ‘support’, ‘mental health’, ‘health issues’ and ‘suicide prevention’. There is also an overlap with Veterans Day, probably due to their coincidental dates.

Of course, this is just the tip of the iceberg. ParseR, as part of our intelligence suite, generates best-in-class insights from any kind of text. We can use it for bespoke sentiment analysis, topic modelling, or even text classification to automatically tag a particular audience. Get in touch with us by email if you would like to know more!